This man saved my life! He did what others told me was not possible. I have so much respect and admiration for him.

I talk a lot about Dr. Raz in this blog. Probably because I feel like he saved my life. You will find his name mentioned repeatedly throughout this blog, and my MeshMeNot Facebook page.  I created a photo-album in Facebook, where I have a lot of information and talk about my travels all the way from NY to CA to go to him for full mesh removal.  This was after a local UroGyn expert doctor told me that was impossible.  I mention that he no longer uses mesh, and how difficult that is to find in a doctor.   But, I figured it was about time I gave him his own page on my blog – so here it is.

Unlike many other doctors who are now doing mesh removal, Dr. Raz does not have a big, self-promoting website boasting of his services and patient testimonies.  Perhaps he should – but it doesn’t seem to be his thing.

He has a typical faculty page on UCLA’s website, where it says:

“During the past 28 years at UCLA, Dr. Raz has been committed to the highest standard of care of patients with urologic conditions affecting the lower urinary tract. He is a definite authority and one of the most prominent physicians in the field of female urology and urologic reconstructive surgery.” 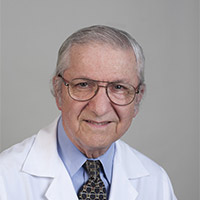 Many doctors in this field seem to know of him.  Some know him for being very vocal against the use of mesh, and don’t seem to appreciate that.  Many others seem to highly respect him, and many even trained with, or under, him.  Yet, it doesn’t seem that hardly any doctors are actually referring their patients to him for full mesh removal when they present with complications.  At least none of the women I talked to were, and I know I was not.  Instead, most patients are only offered partial removals and pain management.  Even worse, many are just turned away, and told that the mesh is not even the problem.  Yet, women are still finding out about Dr. Raz.  His reputation seems to travel near and far from his own patients testimonies on blogs and in support groups (and many of those are listed on the bottom of this blog).  My hope is that this blog, and now this page, might help others find Dr. Raz and learn more of him, as well.

Dr. Raz is considered one of the few experts, if not THE expert, when it comes to mesh complications. I have talked to countless other women who also went to Dr. Raz and had nothing but good things to say.  The only complaint I have heard when it comes to going to Dr. Raz, is that the wait to see him is often long and difficult.  He literally has women traveling from all over the place to see him.  I consider myself very fortunate to say that I know him, and that he was my surgeon for mesh removal. I would recommend him to anyone suffering from mesh complications.

In time, I hope to be able to feature other doctors who do not use mesh and are doing full mesh removals as well.  If you are one, or know of any, please let me know.

There is an article about Dr. Shlomo Raz, called,  “Shlomo the Mesh Slayer“, by Stewart R. Albertson , dated January 2013, he talks a lot about the Monarc sling, which is what I had (and Dr. Raz removed).  In this article, he mentions:

Dr. Raz says he’s done at least 11,000 vaginal surgeries in this career, and that the mesh removal surgeries are the most difficult he’s ever performed….”

I had the opportunity to meet Dr. Shlomo Raz last year when I took his deposition in one of my vaginal mesh cases. I felt like I was meeting a rock star. Previously I read many articles by Dr. Raz, and even tried to hire him as an expert witness in my cases against the vaginal mesh companies. I was told that Dr. Raz does not do expert testimony for either side in the mesh litigation, but he would appear for deposition if he treated patients who were now part of the mesh lawsuits.

I was “lucky” enough to have a client that had seen Dr. Raz on several occasions for mesh complications from the Monarc Subfascial Hammock manufactured and sold by American Medical Systems, Inc. Dr. Raz performed two mesh removal operations on my client. Previously my client had the Monarc surgically implanted in March 2008 at the Loma Linda University Medical Center. She endured significant pain for several years after the implant surgery before finding Dr. Raz. After she found Dr. Raz, he performed two difficult removal surgeries to surgically remove the Monarc mesh.

I was interested in what Dr. Raz had to say about vaginal mesh, so I set his deposition, which he appeared for on December 13, 2011. The pertinent portions of Dr. Raz’ deposition follow below:

Dr. Raz stated that in the last six to seven years he has done 350 surgeries related to vaginal mesh complications. Of these 350 surgeries 15 to 20 percent of them involved the Monarc Subfascial Hammock that is manufactured and sold by American Medical Systems, Inc.  Dr. Raz testified that the synthetic mesh causes a chronic infection in the patient that will not stop unless all the mesh is surgically removed.  He said that in some patients the chronic infection would not begin until two to three years after the mesh was implanted. But the chronic infection can begin soon after surgical installation as well.

He also said the implant procedure for the Monarc involved two long needles (called trocars) that are used to punch two holes on either side of the patient’s vagina as part of the Monarc installation. According to Dr. Raz the trocars penetrate nerve dense regions on either side of the patient’s vagina. Over 10 percent of Dr. Raz’ patients had pain from these needles passing through nerve dense regions.  Dr. Raz says extensive dissection of the vaginal tissue is required to remove the mesh, because the mesh is a permanent implant.

Dr. Raz says he does not use the Monarc in his own patients, and never would. His reasoning is that the Monarc is a permanent implant and very difficult, if not impossible, to surgically remove if the need arises. Dr. Raz likes the option of reversing a surgery if he needs to.

Dr. Raz prefers his method of treating stress urinary incontinence with a retropubic sling that can be easily reversed if required. Dr. Raz stated that his retropubic sling patients have much better outcomes than patients who get a sling from a medical device company, such as the Monarc.  Dr. Raz says in a Monarc removal surgery he has to cut through delicate structures including muscles and bone. There are five muscles he must cut through to remove the Monarc mesh—namely, the gracilis, the adductor longus, the adductor magnus, the obturator internus, and the obturator externus.

Dr. Raz says he’s done at least 11,000 vaginal surgeries in this career, and that the mesh removal surgeries are the most difficult he’s ever performed.  Dr. Raz said that complications from vaginal mesh are significantly under-reported.  Dr. Raz says that of the mesh complications he treats, he believes he can be successful in helping 70 percent of these women. But the remaining 30 percent will endure pain for the rest of their lives. Dr. Raz stated that for these 30 percent of women “the pain will always remain usually at a level that is quite high and is not curable completely; it stays as a chronic neuropathy.”

I was impressed with Dr. Raz. He appears to be well into his seventies but has the work ethic of a young intern. Dr. Raz is the chief of pelvic medicine and reconstructive surgery at UCLA, and has been for more than 35 years. You can find out more about Dr. Raz at his UCLA webpage.

Categorised in: Doctors Who Don't Use Mesh, Featured Doctors