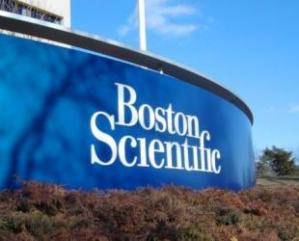 Glad to see another case was recently won in favor of the patient that was injured by mesh.   You would think $100 million ought to send a message!?  Now, there’s only about 99,999 more cases to go now against Boston Scientific, J&J, and a few other manufacturers.  I heard they claim they will run out of money… but, hey.. that’s not stopping them from continuing to sell and implant more of this crap, now is it? Nope!

Matter of fact chances are, if you went to your doctor today complaining that you pee when you sneeze – they would gladly stick a mesh sling in you! (Please don’t let them.)

For the record, most of all those lawsuits will probably not get anything close to this kind of settlement.  Most will not get nearly enough to cover all their medical bills, or the loans they took out to pay their medical bills.  Let alone make up for any losses like being able to walk, work, have sex, etc.(as if you can really ever make up for anything like that anyway?) Many will not get anything at all – especially if they did not have vaginally placed mesh.  Some of the manufacturers are doing mass settlements and offering far less than  the millions discussed in this case, and people are taking it, because they are desperate for help and money.

Meanwhile, “they” are also still selling and using this crap.  “New and improved”-my ass.  It’s polypropylene plastic… and erodes… and even the newest “mini-slings” being used have tons of reported similar complications as the older ones.  They are marketing it as quick and easy, and outpatient procedures are a BOOMING business right now.  Hell, they are now marketing this to men as well… for male incontinence.  (Poor guys.  That is NOT going to be pretty.)

This mesh mess seems to be all about the $$ to the ones in control of it – so, I hope this verdict hit them where it hurts.

I would think this would be all over the big news stations, but, as usual, it’s not.  Not yet anyway.  I am thankful to those that are reporting on this, and here’s a few different takes I’ve seen on this trial from:

“That is the amount a Delaware jury today awarded to mesh injured woman Deborah Barba. The amount includes $25 million in compensatory and $75 million in punitive damages, established to send a message to the company.

The 51-year-old from Newark, Delaware, sued manufacturer Boston Scientific for her permanent and serious injuries caused by the company’s Advantage Fit and Pinnacle transvaginal meshes. She was implanted in 2009 and has suffered significant complications and endured two surgeries that did not fully remove the devices.”

…”The jury found Boston Scientific was negligent in its design and manufacture of the Pinnacle and Advantage Fit devices and that the warnings were insufficient to unsuspecting doctors and their patients.

….“I am thankful for the jury’s verdict and hope my story can help other women who are suffering from mesh complications to receive the resolution they deserve,” said Deborah Barba. “While difficult to share, I hope my case demonstrates to all mesh manufacturers the dangers of their products and the justice they owe victims.”

….”The Material Safety Data Sheet (MSDS) was one piece of compelling evidence shown to the jury.  The MSDS is supplied by the polypropylene resin maker, in this case Phillips Sumika and goes to anyone who buys the raw material. It clearly states the resin is not to be used to make implantable medical devices.  Boston Scientific proceeded anyway to do just that.”

“Boston Scientific Corp. must pay $100 million to a Delaware woman who blamed the company’s vaginal-mesh inserts for leaving her in constant pain and unable to have sex, in the first verdict after the company agreed to begin settling cases over the devices, and the biggest yet.

The 51-year-old former bank teller contends the inserts eroded once they were implanted, leaving her with a scarred vagina and a host of medical problems.

The jury also found Boston Scientific engaged in fraud by failing to alert doctors to the devices’ faulty design. It awarded $25 million in compensatory damages and hit the company with a $75 million punitive-damages award.

The verdict is the largest so far against Boston Scientific over its vaginal-mesh inserts, eclipsing a $73 million award last year to a Texas woman over the company’s Obtryx sling. It ranks eighth among U.S. jury verdicts in 2015, according to data compiled by Bloomberg.

It’s the first since Marlborough, Massachusetts-based Boston Scientific agreed last month to pay $119 million to resolve about 3,000 lawsuits over the devices in the first settlements of claims that the inserts damaged women’s organs and made sexual intercourse painful.”

“Victim awarded $100 million in damages”
“MT. PLEASANT, S.C., May 28, 2015 /PRNewswire-USNewswire/ — A Delaware jury today awarded $25 million in compensatory and $75 million in punitive damages to Newark, Delaware, resident Deborah Barba, finding the medical device manufacturer Boston Scientific liable for several permanent and serious injuries caused by its Advantage Fit and Pinnacle transvaginal mesh (TVM) products. Since being implanted with these devices in 2009, Deborah has experienced significant complications and endured two surgeries as a result. Despite these procedures, however, portions of mesh remain painfully embedded with little hope of full extraction.”
“While we are extremely pleased with this verdict and the relief we hope it will bring to the Barbas for Deborah’s unspeakable suffering, we also hope Boston Scientific and other mesh manufacturers take note of this verdict and resolve all pending cases swiftly. Deborah’s case will hopefully bring more awareness of mesh issues, however, no woman and her loved ones should have to endure the stress of going to trial and baring their souls publicly to achieve justice,” said Motley Rice attorney Fidelma Fitzpatrick.”
Please see full article: http://www.prnewswire.com/news-releases/jury-finds-boston-scientific-liable-for-womans-two-defective-transvaginal-mesh-devices-says-motley-rice-llc-300090401.html

Thu May 28, 2015 12:24pm EDT
“May 28 A Delaware jury on Thursday ordered Boston Scientific to pay $100 million to a woman who said she was injured by transvaginal mesh, a device that is the subject of more than 25,000 lawsuits against the company.

Jurors awarded plaintiff Deborah Barba $25 million in compensatory damages, and an additional $75 million in punitive damages, according to a spokeswoman for law firm Motley Rice, which represented Barba. Boston Scientific announced last month it had reached agreements to pay about $119 million to resolve 2,970 mesh cases. (Reporting by Jessica Dye in New York; Editing by Alexia Garamfalvi)”

Categorised in: In the News, Legal News

« Are you a GOOD mesh? Or a BAD mesh?
Despite multiple FDA warnings since 2008, use of mesh in pelvic organ prolapse surgery continues to grow »